Indirectly hired irregular workers who are the members of the KHMU, the KPTU(Korean Public Transportation Union), or the Democratic Federation of General Unions jointly went to strike on September 30. On Day 1 at the strike, they held a strike-launching rally at 2:00 pm before the Ministry of Education in Sejong Special Autonomous City.

Those irregular workers from four national university hospitals whose right to strike is legally ensured exercised the right while other union members took leaves or used off-days to join in the rally and strike.

Protesters at the rally strongly denounced the collusion among national university hospitals in different regions to seek the way to become subsidiaries of the Seoul National University Hospital (SNUH), which has already agreed to the union’s demand on direct employment. They even drag down the SNUH’s move for direct employment. And the rally participants also urged the Ministry of Education to conduct rigorous fact-finding investigation and to take actions for legally effective transition of irregular positions to regular ones. 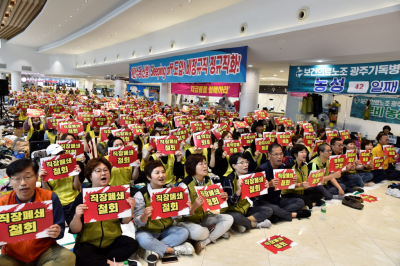 The Kwangju Christian Hospital branch goes on strike for over... 2019.10.09by 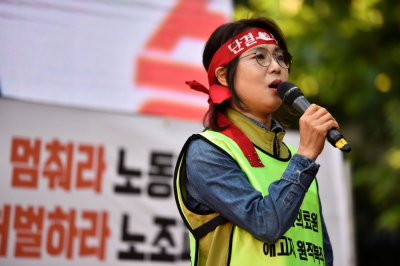