The KHMU called for fast legislation of the act on establishment of public medical university and increased employment of medical doctors. The KHMU President Na Soon-ja pointed it out that Korea ranks lowest with the number of medical doctors including oriental medicine doctors per 1,000 people being 2.3. “In Cuba, medical staff visits patients’ home every day. It is possible as the number of doctors per 1,000 people is 8.4, which is three times more than Korea,” added President Na. She contrasted Cuban situation with Korean one, highlighting that in Korea, there has been no single infectious disease specialist in such multiple COVID-19 dedicated hospitals.

President Na also mentioned, “We are discussing how to secure more medical doctors at the central industry-level negotiations with the management. We will continue to hold all-out struggles with all 72,000 union members united until the act on establishment of public medical universities is legislated at the 21st National Assembly and more medical doctors are hired.”

Jang Jeong-yun, the head of union branch at the Gangdong Sacred Heart Hospital reported the fact about how short medical doctors are in private university hospitals. “You may think well-known private university hospitals have a sufficient number of doctors but in reality, it is the other way around,” said Jang. “The number of doctors is short but we still have to accommodate patients. Hence, it is quite a norm that the hospital takes advantage of “PA (Physician Assistant) Nursing Policy,” when transferring some work of doctors to nurses. Every private university has over 120 PAs at the maximum from 30 and those nurses even work on prescription, treatment and some assistance to surgery on behalf of doctors.

In the meantime, Jung Sang-tae, the head of union branch at the Namwon Medical Center, pointed out the impact of shortage of medical doctors on public healthcare institutions as well as issues of medical underservice. “The Namwon Medical Center has served confirmed patients as a designated medical facility for COVID-19 treatment. However, there has been no infection specialists, relevant manuals or dedicated facilities. We simply had to take care of patients amid possible virus spread concerns, risking our life at the front line,” said Jung.

He also added, “The Namwon Medical Center established a cardiovascular center this year. However, it is so hard to find cardiovascular specialists, hence, there is no such doctors at the center even now.” This means that those living in Namwon and neighboring cities cannot enjoy the minimum rights to health if they have cardiovascular diseases. The shortage of medical doctors doubtlessly leads to extreme medical underservice. In this context, he also emphasized the urgency of more public medical universities to raise medical doctors for public medical services.

Participants urged the national assembly and the government to take active actions to secure more medical doctors as it is ‘such a task of our time which cannot delay any longer’. 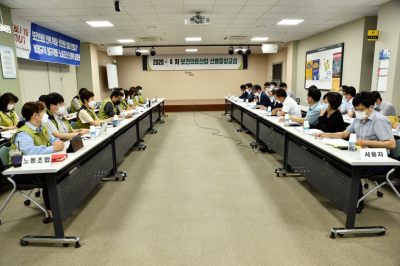 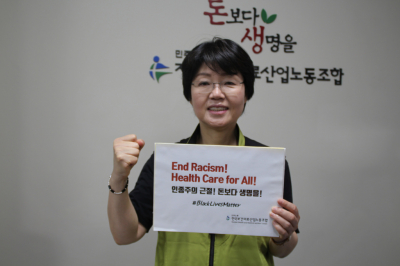