KHMU newsletter No. 2, KHMU Public Statement. We at the KHMU Denounce Military Coup in Myanmar

We at the KHMU Denounce Military Coup in Myanmar (released on Feb 4, 2021)

We Strongly Support and Endorse Health Workers’ Fight against Coup in Myanmar.

We strongly denounce military coup in Myanmar and urge the regime to transfer the power to a civilian government. The military coup force mobilized tanks on Feb 1 to stage a coup and crack down democratic orders. The military force detained tens of democracy movement leaders including Aung San Suu Kyi, civilian politicians and civil society activists. They declared a state of emergency and announced that they would govern the country for the following year.

In 2015, the Myanmar government remained partially democratic where civilian politicians led by Aung San Suu Kyi and military authorities jointly serve in the administration. But, in the General Election last November, people of Myanmar chose the civilian political party, rejecting the proxy party of the military authorities. Being afraid of losing power, the military authorities staged a coup once again. In the face of the military coup, citizens have taken resistant actions immediately. Those health workers in the front line fighting COVID-19 were no exception. According to news releases from Public Service International, which the KHMU is affiliated to, medical workers in 70 hospitals or more in the entire Myanmar protest and get into strike, demanding release of Aung San Suu Kyi. We strongly support the medical workers, being so much inspired and moved by their high spirit of solidarity and stunning courage even in amidst of their fight against COVID-19.

Being supportive of Myanmar workers who fight for democracy, particularly including health workers resisting the unjustifiable power of military coup, the KHMU strongly urges the military authorities to:

First, stop the coup and transform the power to the civilian government.

Fourth, we also urge the Republic of Korea Government to stop providing any support to the Myanmar military authorities. Instead, find out efficient means and ways in cooperation with governments of other countries and the United Nations in order to help Myanmar to recover democratic orders. 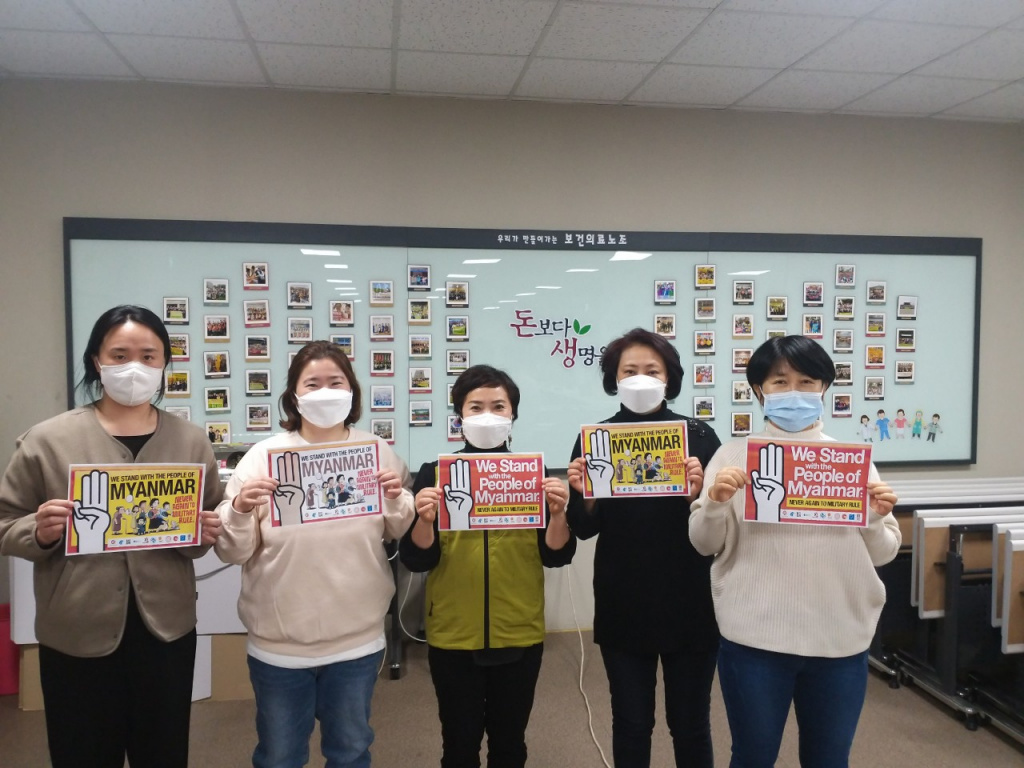 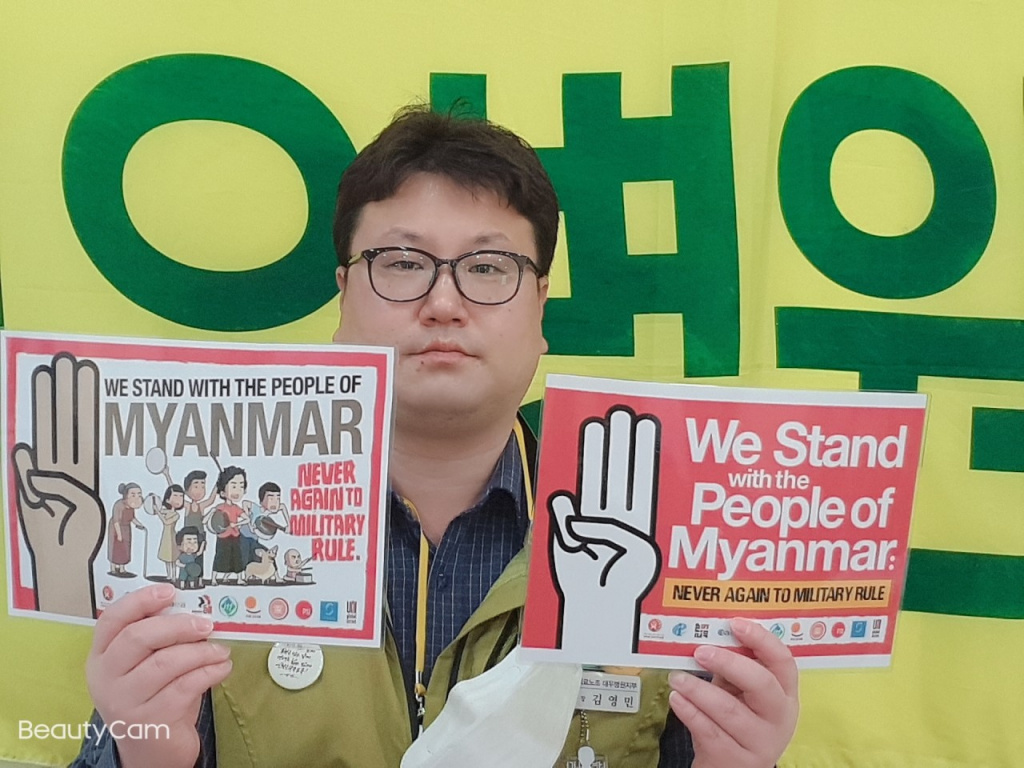 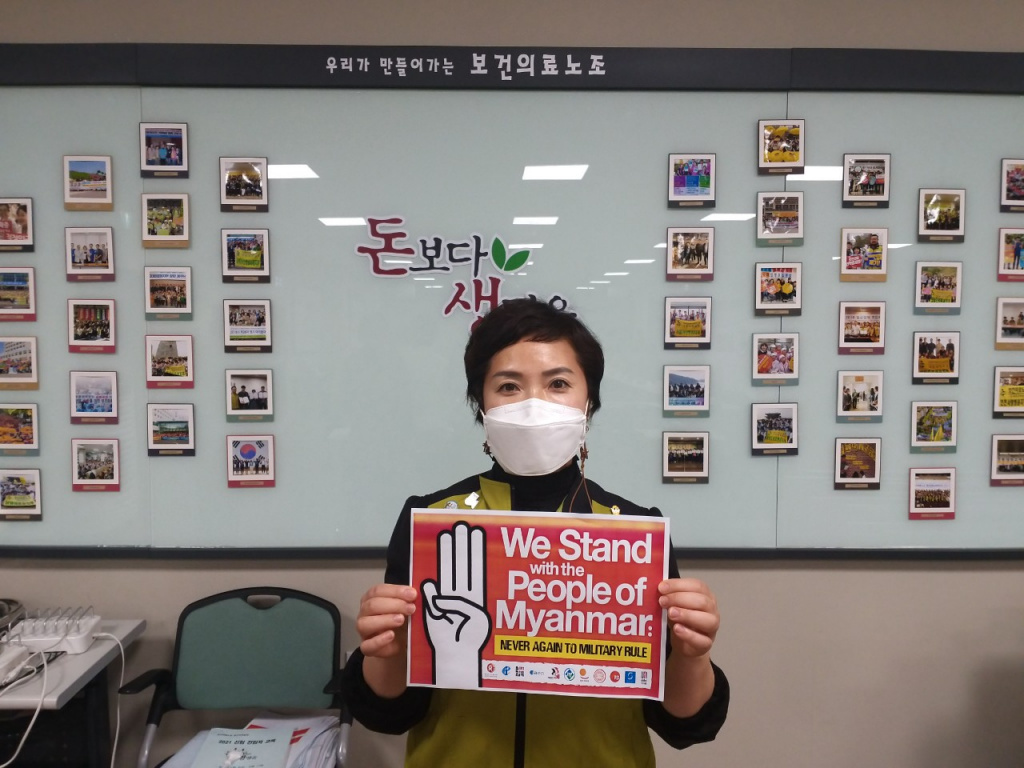 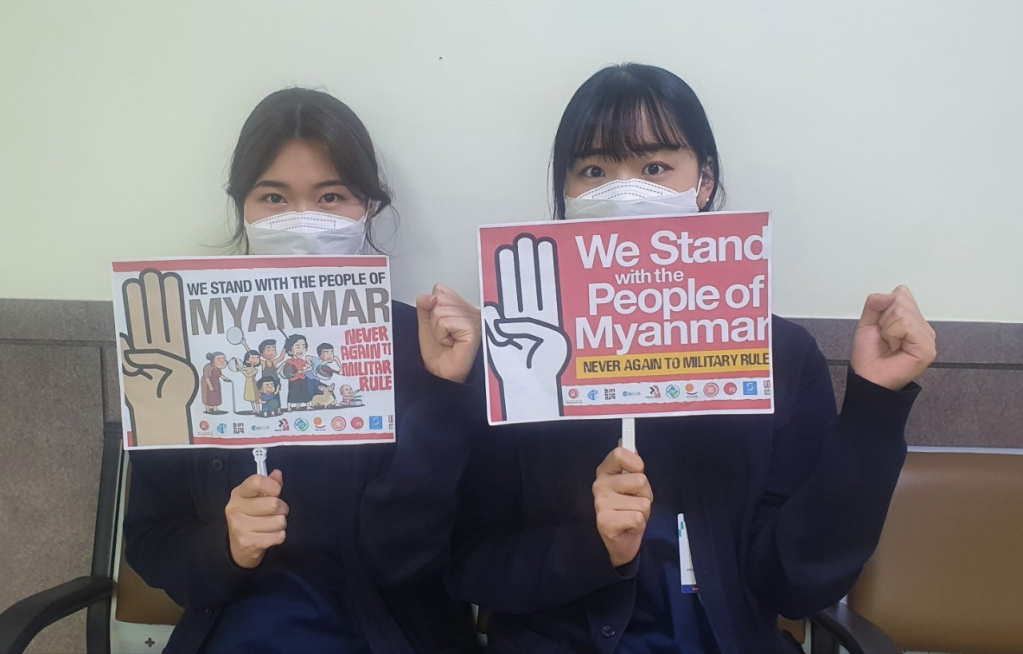 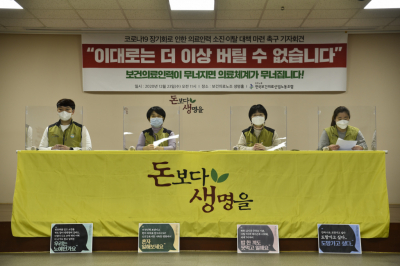