I Once Again Urge the Government and Ruling Party to Make the Decision! 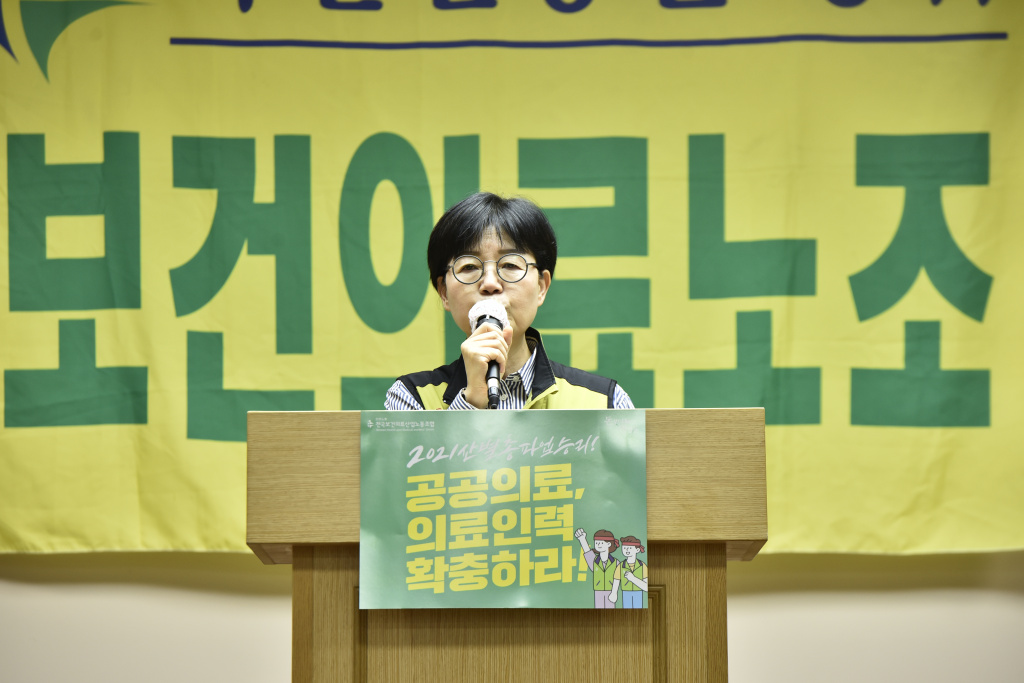 Over the past three months since starting on May 31, negotiations between the Health and Medical Workers’ Union and the Ministry of Health and Welfare have been held 12 times.The 12th round of negotiation on August 30, three days before the scheduled strike, continued for a long time of 14 hours from 3 p.m. to 5 a.m. the next day.

I would like to express my deepest apologies to the public for the fact that, despite the recent two consecutive marathon negotiations, we have unfortunately been unable to reach a final agreement.

Regrettably, today's statement by the Minister of Health and Welfare is only repeating their position that it is difficult to come to an agreement right now, as the ministry has talked about several times.

I would like to ask what additional discussions they have made with other stakeholders besides us, rather than repeating the phrase, "Let's discuss the tasks for a long term since they need to be implemented for a long run” during the past three months of negotiations.

The ministry also needs to answer what kind of support and measures this government has been striving to provide to nurses and other healthcare workers who are desperately fighting coronavirus in the field right now.

Although the negotiations have continued for a long time of three months, now we have to look back and ask whether we have wasted the precious time without any result due to the neglect of the Ministry of Economy and Finance and other financial authorities and the reluctance of the Ministry of Health and Welfare.

We have tried as much as possible to narrow differences in opinions on the eight key issues through two rounds of marathon negotiations, which was our sincerity to reach an agreement without a strike.

However, the remaining five key issues that have not been agreed upon up to this moment should be addressed, as we have been emphasizing over and over again, in order for the union not to go on strike.

1. This is the most urgent claim of staff at COVID-19 hospitals. It is necessary to prepare standards for medical personnel who care for COVID-19 patients. This is a very just demand so that many people and the media question why no such standards have been prepared yet for the past 20 months. The budget for them must be secured urgently while institutionalizing the life safety allowance to be paid to nurses and other healthcare staff working at COVID-19 hospitals.

2. It needs to expand public healthcare. As the government itself stated, specific plans for addressing the lack of public hospitals should be prepared and presented to establish a regionally complete medical system for each of the 70 mid-size care areas. More government subsidies should be provided to at least those 70 mid-size care areas without preliminary feasibility studies. This is a very reasonable demand that contains aspirations for the national and regional expansion of public hospitals. If it is so difficult for the Ministry of Health and Welfare to make a decision to resolve this issue while reading the mind of the Ministry of Economy and Finance and making excuses of local governments, then the president and prime minister must now take action.

3. No more delay should be allowed in improving the treatment of nurses COVID-19 heroes. It is not true that the current situation has been created only by the prolonged pandemic, and before that, there were no problems with their treatment at all. Discontent about the ill treatment of nurses, which has accumulated for more than several decades, is now bursting out as it was no longer possible to contain it due to the prolonged pandemic. In order to improve the working conditions of nurses, which were notorious even before the pandemic, and the quality of nursing services, it is necessary to drastically lower the number of patients a nurse has to take care of by stipulating the ratio of nurses to patients in law, as seen in the U.S.’s one to five, or Japan’s one to seven, and change the worst night shift work at hospitals to regular and predictable shifts.

4. The training-only nurse system, which has greatly helped reduce the turnover rate of new nurses over the past three years, should be fully expanded. The Ministry of Health and Welfare itself said that the system received favorable evaluations. However, it is repeatedly arguing that careful consideration is necessary to expand the system because it requires massive manpower movement, and it is difficult to implement the system because the opposition of the financial authorities makes it difficult to secure financial resources due to.

5. Since night nursing fees, which are directly related to improving the treatment of nurses, are differentiated by region and hospital size, the proposal to unify the fee rate nationwide to enhance equity is a perfectly normal and reasonable claim. However, no progress has yet to be made because they have repeated arguing that it is difficult to discuss.

I once again appeal to the public to understand our desperation that we have no choice but to continue the negotiations until this moment today while leaving the strike as our last resort.

We will do our best to reach an agreement before the strike begins.

Once again, I urge the government and the ruling party to make a decision to reach an agreement on key issues.

The Minister of Health and Welfare should be the first who make the decision.

If it lies beyond his authority, the Minister of Economy and Finance himself must step up to the plate.

Prime Minister Kim Boo-kyum, the commander of the COVID-19 prevention and control, must directly step in to ensure a pan-government function can be performed.

I also ask the representatives of the ruling and opposition parties to play an active role in the budget compilation and legislation as you said at meetings with us that you fully agreed with our demands.

During the disastrous pandemic, if the government and the union fail to come to an agreement on and secure a driving force for a policy that is overwhelmingly supported by all public, the result will not be simply a “medical crisis” for a few days, but the “exodus” of 230,000 clinical nurses and the collapse of the medical care system. If it becomes a reality, the transition to “With COVID-19” and the “K-quarantine” will inevitably end in failure. We do not have time now. The ruling party must take the current situation gravely.

If there is no response to our efforts to reach an agreement, the 80,000 members of the union will inevitably go on a general strike and joint action. I make it clear that we have no choice but to engage in “the most desperate struggle in the world” at the Sejong government complex and in each region of the country while strictly observing social distancing and infection preventive measures.

The Korean Health and Medical Workers’ Union wants neither a strike nor any harm to COVID-19 patients. But we can not stand this any longer. Medical personnel on the front lines of the pandemic say that this strike is their last hope to stop thinking of resigning. They are now standing on the brink. 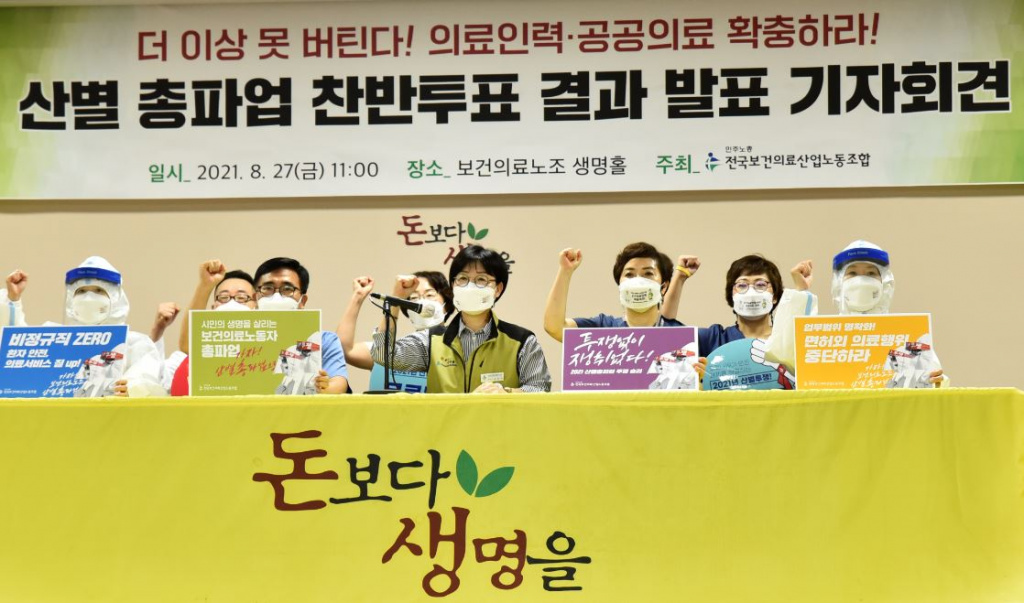 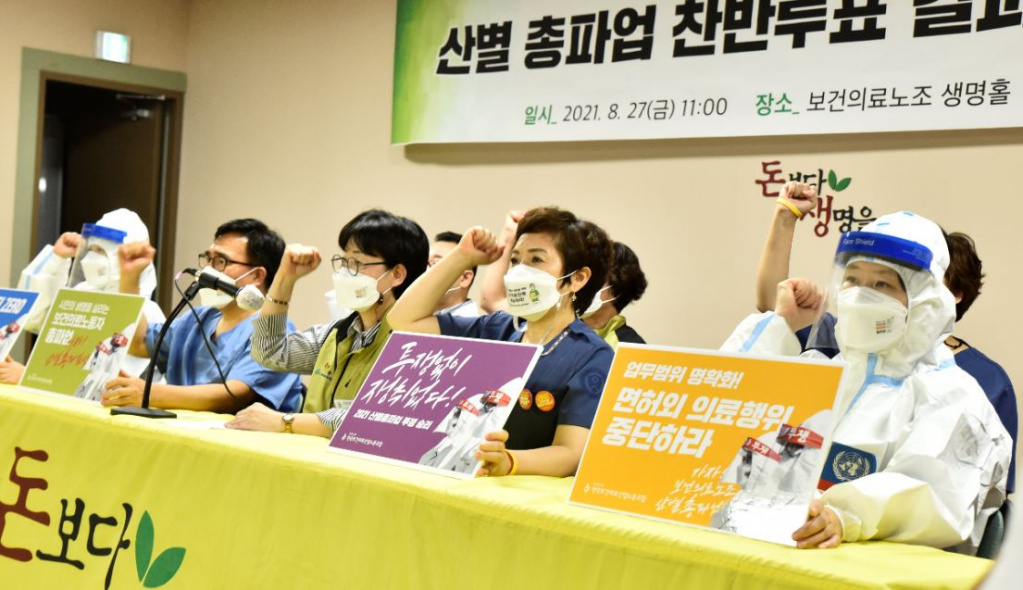 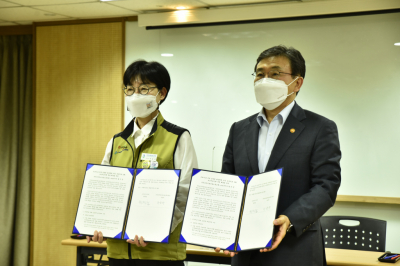 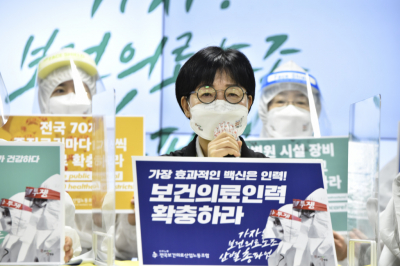