The KHMU has been urging for practical implementation, emphasizing the importance of implementing the 9.2 Labor-Government Agreement which has been valued by and sympathized with many stakeholders, media, and even politicians. The Union particularly demanded that the budget for implementing the labor-government agreement should be secured and related laws and systems should be revised. In response to the National Assembly plenary for budget deliberation, the Union held press conferences, rallies, and meetings with members of the National Assembly over the past month and from November 24, the KHMU President Na Soon-ja and Vice President Lee Seon-hee got into the hunger strike in front of the National Assembly and continued fast for 10 days.

The struggle for the implementation of the 9.2 Labor-Government Agreement continued, with regional union branch members joining in the hunger strike in Seoul and support visits and joint-hunger strike by civil society groups. As a result, the government’s budget for 2022 now contains the budget for the agreement implementation.

The KHMU evaluated, "If the 9.2 Labor-Government Agreement lit the dying flames of public health, securing the budget for the implementation of the labor-government agreement on Dec 3 provided a valuable stepping stone for expanding public health care in 70 middle-level medical care zones." The Union added, “We have laid a practical foundation for the improvement of treatment and minimum compensation for health and medical personnel who have been fighting against COVID-19 situations for a year and 11 months.” 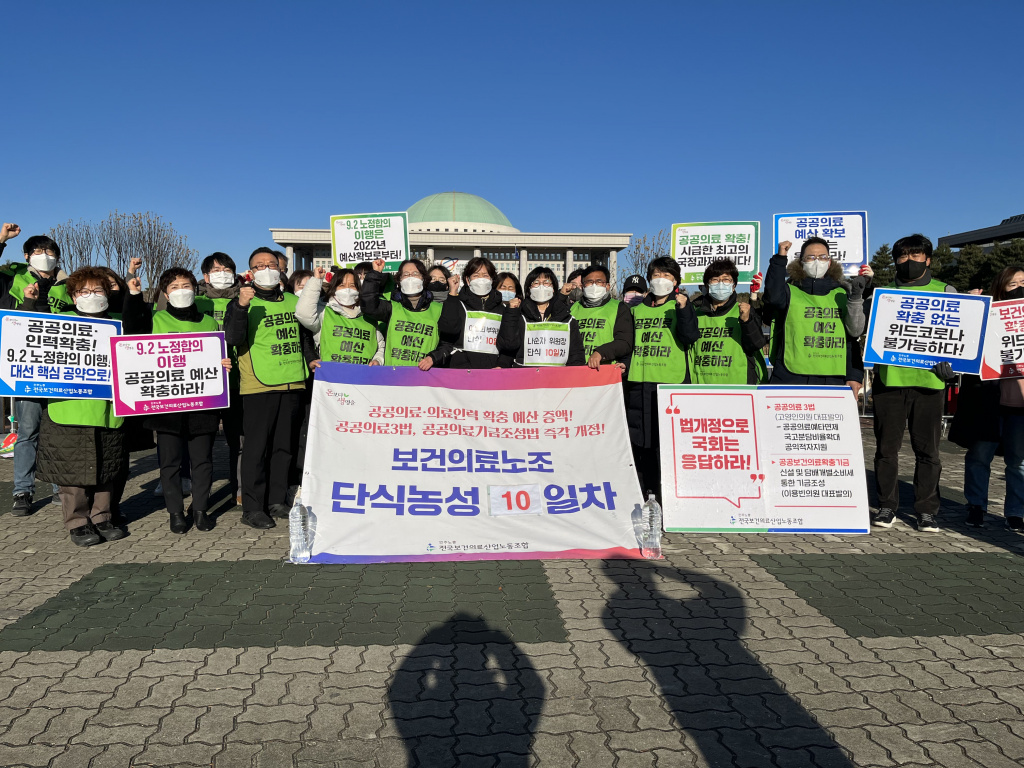 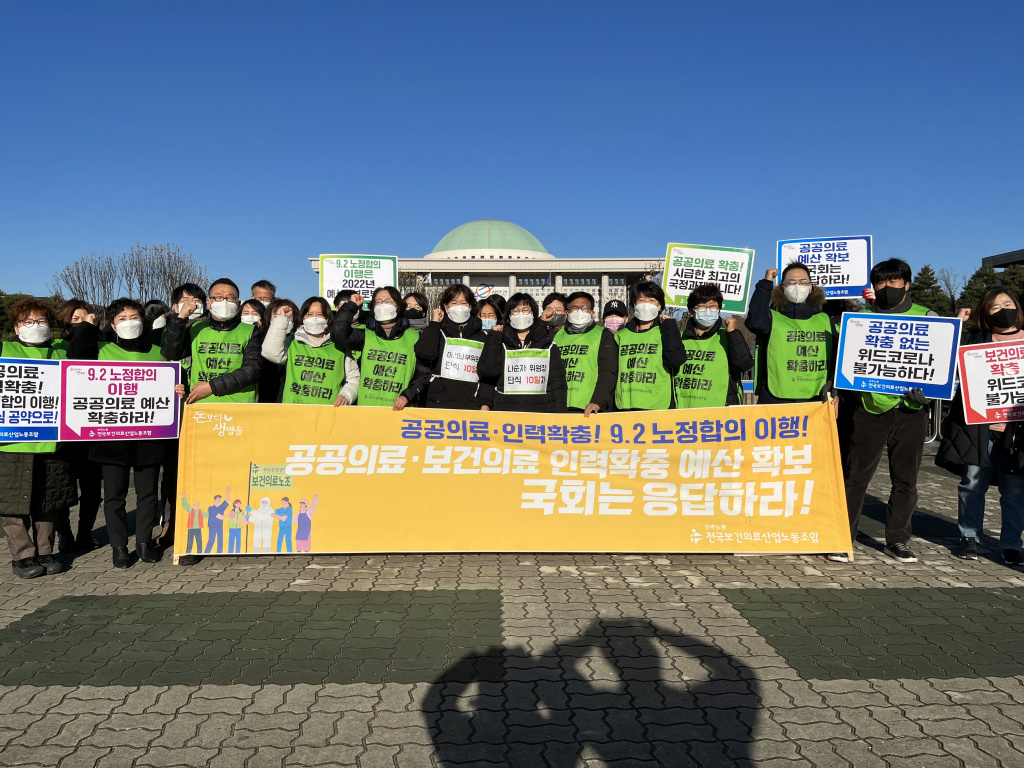 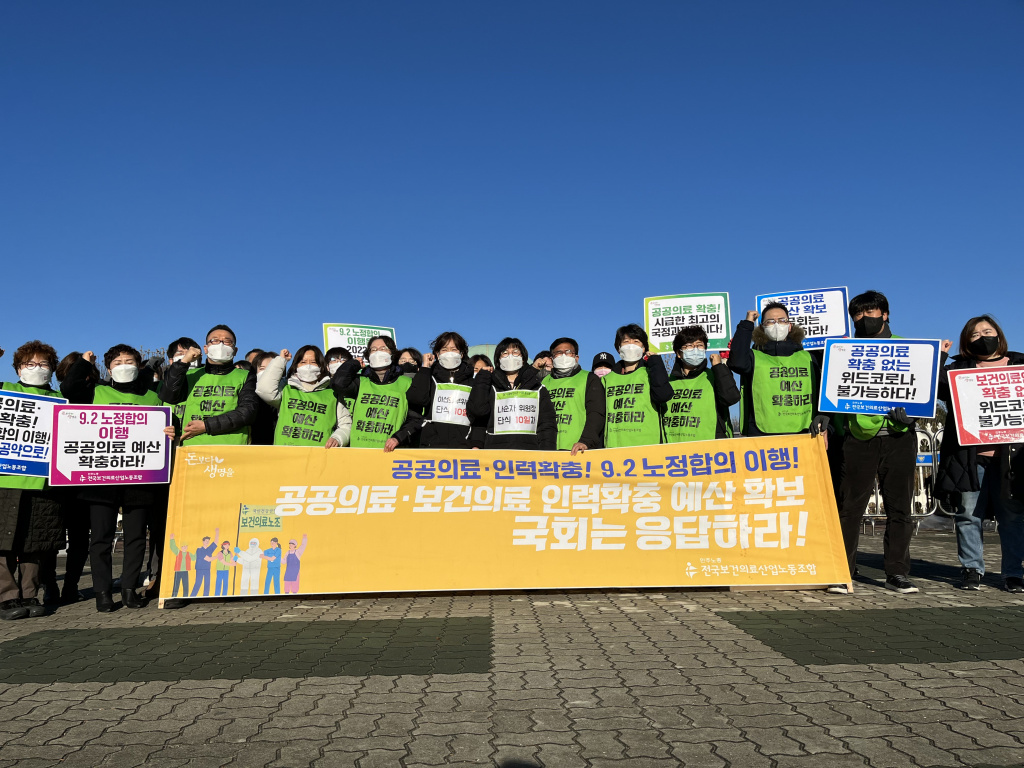 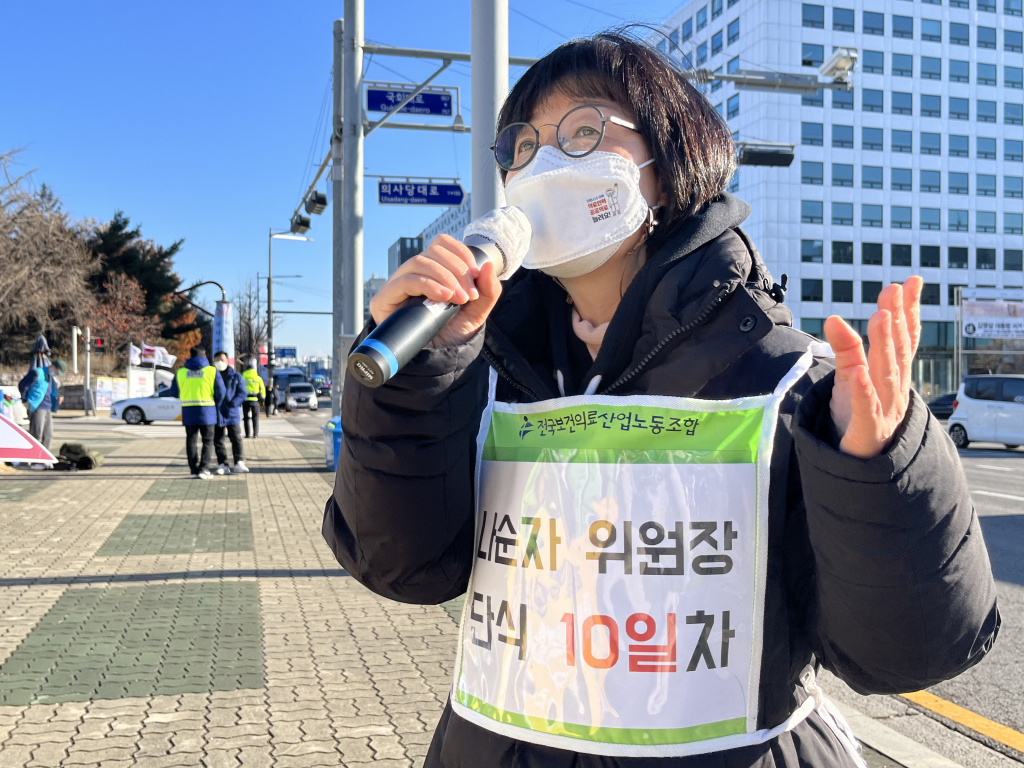 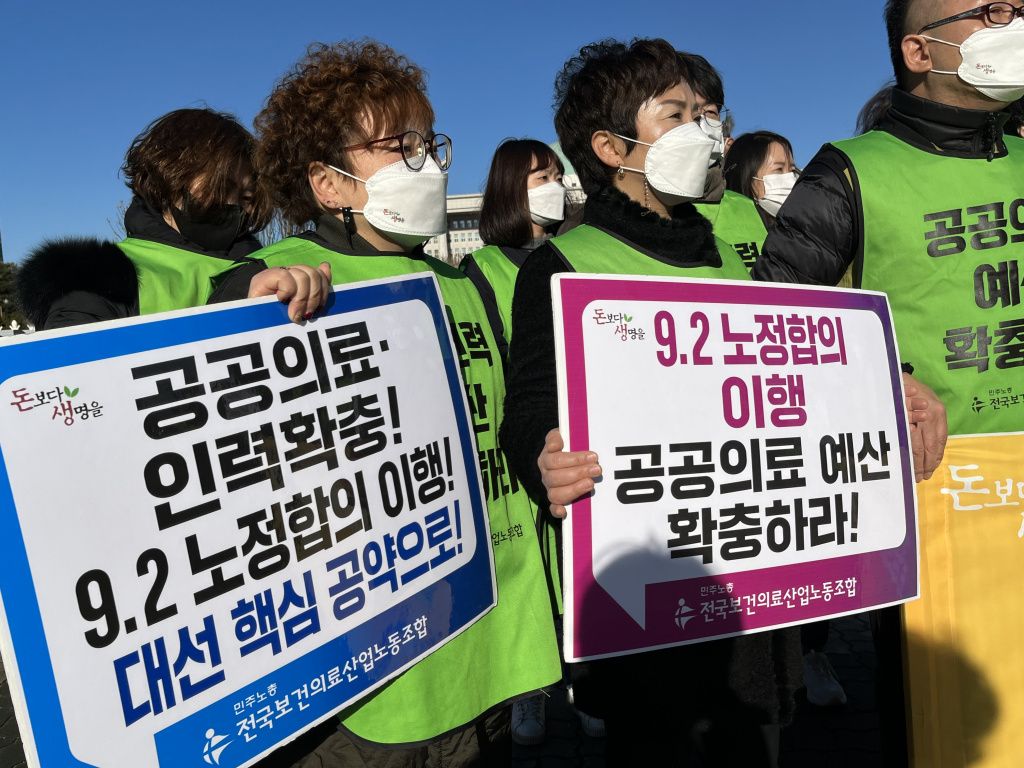 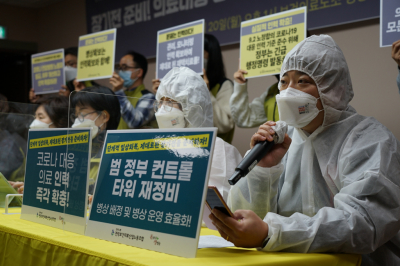 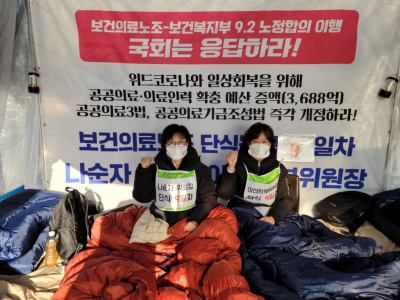