Social Bargaining for All Health and Medical Workers

■ Social Bargaining for All Health and Medical Workers

In the meantime, this year is the first time when the KHMU negotiates with employers <basic labor rights for every health worker> in order to improve working conditions of one million medical workers. That is, the negotiation is conducted even for non-union member workers in small and medium sized hospitals to ensure all workers enjoy fundamental labor rights. With this, the KHMU would put a stepping stone to “resolve inequality and social polarization, minimize blind spots that the basic labor standards don’t apply to, protect socially marginalized groups, narrow the gap in working conditions between workers in different positions and situations, and strengthen solidarity among workers”.

To this end, the KHMU had conducted a survey from April 15 to May 17 on <Actual Working Conditions of Workers in Small and Medium Sized Hospitals>. Based on the survey results, the industry-level health union will develop activities to improve policies and laws related to working conditions. The result of the survey will be presented in <Discussion on Basic Labor Rights of Health Workers at the National Assembly> on July 5. In addition, the KHMU plans to request negotiations on basic labor rights to the associations of Korean medical doctors and hospitals while having meetings with the governmental agencies and national assembly men and women. 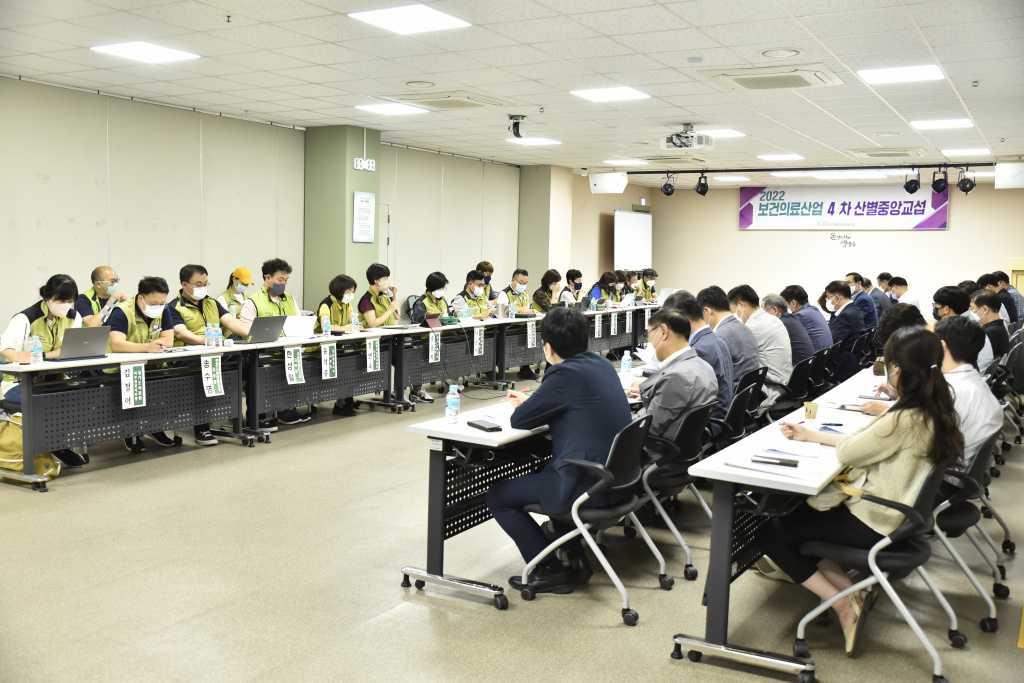 ■ Industry-level bargaining with employers from 76 entities is in progress. In case of breakdown of the negotiation, we will get into the general strike at the end of August.

In the meantime, the KHMU and the management of hospitals have been joining collective bargaining at the industry level on Wednesday biweekly since the inception of the kick-off meeting on May 11. The bargaining is participated by employers of 76 medical institutions that include 38 special purpose public hospitals (National Medical Center, National Cancer Center, etc.) , 26 regional medical centers (Gyeonggi-do Medical Center, Bupyeong Serim Hospital, etc.), and 12 private small and medium sized hospitals. The meeting saw six more hospitals in the negotiation table compared to 70 institutions last year.

For private university hospitals, the negotiation is going on at the moment at the site level without joining in the industrial bargaining. Hence, the KHMU has proposed labor-management policy sessions and joint workshops as a policy framework is essential to resolve the policy issues and come up with new measures.

In addition to the industrial collective bargaining, sectoral negotiations are also in progress, joined by workers and employers from private small and medium sized hospitals and regional medical centers, while each union branch-based bargaining is taking place at the same time.

The major requests of the KHMU contain the followings:

▲ (practical implementation of September 2 Agreement between Labor and Government) compliance with the staffing standard during COVID-19 pandemic, eradication of illegal medical practices, overall execution of the 5 - day workweek system

The industrial collective bargaining sessions took place four times in total up to now but the parties have yet to reach an agreement on most of core agenda. The KHMU continue to be faithful in the negotiations to achieve an agreement but if the agreement is not reached till the end of negotiations, every branch of the industry-level union will apply for a dispute settlement all together at the same time on August 9 and get into the general strike on August 25. The union branches of private and national university hospitals, of which managements don’t attend the industry-level collective bargaining, will also join in the application of dispute settlement as their negotiations are also going on now at each hospital level. 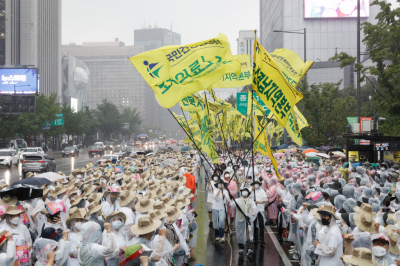