Eulji University Hospital branches in Daejeon and Seoul went to on a strike on October 10 and continue to be on a strike for 35days today. The union members of the two hospitals are gathered at the lobby of their hospitals every day for a peaceful protest to demand for regularization of irregular jobs, adequate level of wage and additional employment. In 29 days after the strike started, a bargaining meeting with employees resumed but no result was achieved. The KHMU requested the management of the Eulji Hospital to hold a two-day intensive negotiation to help resolve the strike as soon as possible and normalize the medical services but the employers declined.

The KHMU plans to develop an intensive and strong protest at a national level, together with all the leaders of the union, unless the Eulji’s employers show a faithful attitude toward negotiations with their workers. 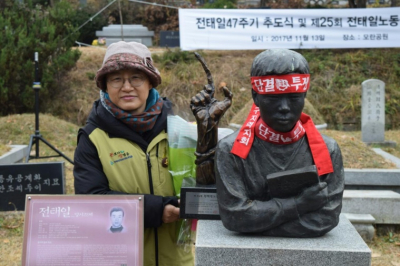 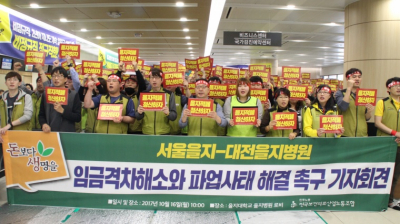